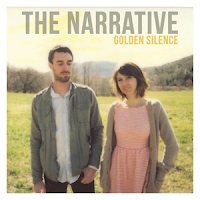 Today, December 2, The Narrative released their long waited second studio album titled Golden Silence. After 4 years of production, the 12-track album is a mixture of their lives, their stories, and musical influences. Different from their previous albums, Golden Silence is a male-female album featuring a modern yet classic sound composition. Songs such as "Oklahoma Air" hold a country air and in "Reason to Leave" the banjo screams for freedom. "Chasing a Feeling" put the atmosphere in a cool upbeat and as "California Sun" holds to "It feels good with the sun in your eyes, good vibes and the golden silence".

Listen to Golden Silence on the player bellow and feel the golden sound of this long waited album. Available on iTunes also.