The Narrative's Spotify updated with Bio and photos

The spotify page from The Narrative has been updated now with a band photo and the section "About" was added with a snippet from Wikipedia and Social media links.

Since the last release from 2016, the profile only received a 'verified artist' blue sign. The photo featured is from 2016s photoshoot. See it below

Here's a look at their profile page

Update (04/23/21) The band changed the description about their profile and affirming to release new music in 2021.

The Narrative is an American independent indie rock band from Long Island, New York, formed in 2008. They are currently based in Nashville, Tennessee. Band members Suzie Zeldin (vocals, keyboards) and Jesse Gabriel (vocals, guitar) started their musical career with their first release, the Just Say Yes EP, where the mostly acoustic track "Eyes Closed" stands out as the most popular song with 4+ million views on YouTube. Their debut self-titled full length was released in 2010, with "Fade" featured as their first single. After touring for most of 2011, they released B-Sides and Seasides online in 2012 to fund the recording of their second studio album, Golden Silence, which was released on December 2, 2016. The Narrative will release new music in 2021 to their incredibly patient and wonderful fans that seem to always be by their side. 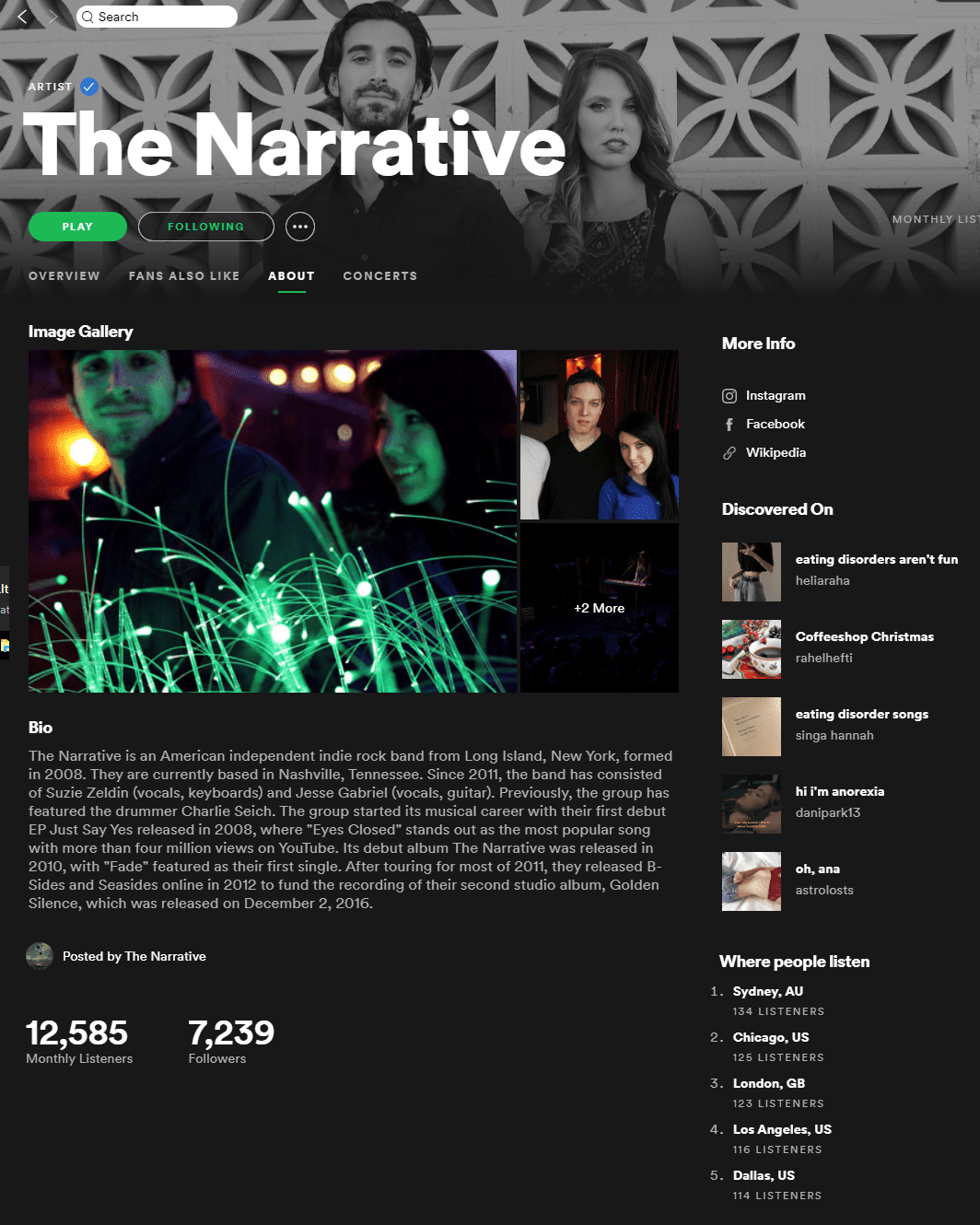 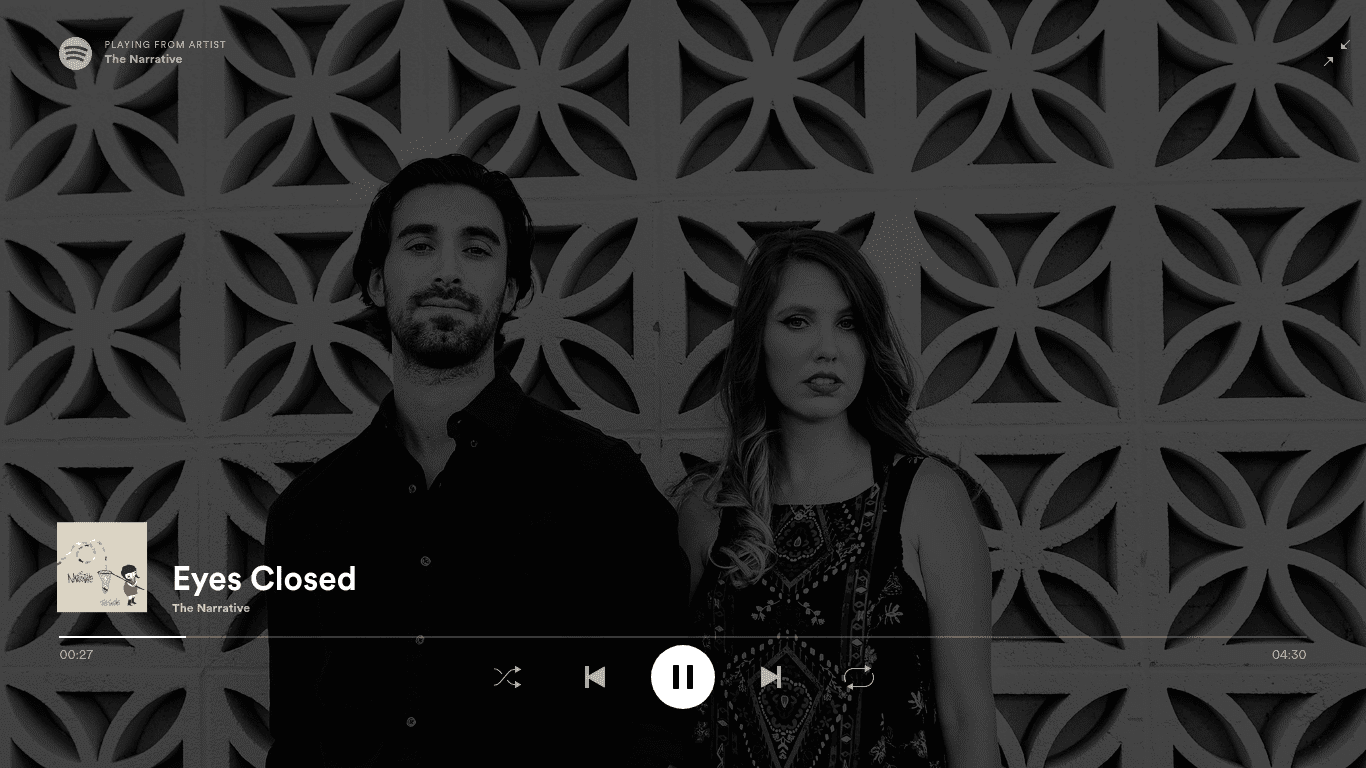 Get over to spotify and stream the band's albuns.