Today, december 2, the album "Golden Silence" complete it's 4th year of release. It was released in 2016, 4 years after the first production proccess. Here's a timeline about the process of the album featuring interviews and photos.

2011 - The Narrative finished promoting the Self-titled album with a tour, performances on Warped tour and CMJ Music Marathon.

March 26, 2012 - The band started the process of recording the album. The album was recorded inside a house barn in Hunter, NY. (Absolutepunk). A video published by the band on vimeo in 2012, show the process of the barn being ajusted into a studio. 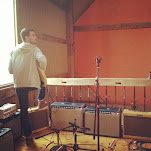 "The Narrative has a Koto" was previously posted on YouTube by the band.
April, 2012 - The band finished recording the main vocals and instrumentals/harmonies for the post production of the album. On april 21, the band released a lyric video of their song "Hallelujah" featured on B-Sides and Seasides, with images from march on the barn.
April, 2012 to 2014, they spent working in personal stuff and the album production at RedWireAudio in New York with Bryan Russell, Richard Flack and Justin Long. From the official web-site the band published a message

SEPTEMBER 24, 2012
A FANCY UPDATE!
Hey all you hip and trendy followers of our little band! We just wanted to give you a quick update since we haven't in a little while.
We're currently in the studio with our good buddy/producer/expert marathonist, Bryan Russell, hammering out the last of the tracking for the songs we started working on in March.
Right now the focus has been laying down the remainder of the backing vocals and harmonies as well as sorting through a bunch of instrumental arrangements that we worked on with the very brilliant Alex Overington.
The new album is definitely shaping up different from the older records, but we think it still has that same Narrative charm you all have grown to love! There are a lot of lush, orchestral or quasi-orchestral arrangements mixed in with some electronic components and of course our usual piano/guitar/drums/bass thing, but even throughout the more "grandiose" songs there is a feeling of intimacy. Think Jimmy Eat World meets Bon Iver meets Counting Crows meets Regina Spektor meets Arcade Fire meets Modest Mouse meets Bruce Springsteen meets a whole bunch of other stuff. That should straighten it out for you.
Anyway, we're really excited about it and we hope you don't mind us taking our time and trying to get it all right.
We might have some East Coast shows coming up in November and December and we'll keep you posted about that. We hope to be back to touring early next year with the release of some new material.
In the meantime, please remember that we are so grateful for your support! Without you we wouldn't be able to be doing this, and for that we are forever in your debt.
Love,
Jesse & Suzie

(archive) (print)
November, 11, 2013 - The Narrative filmed their first music video for the single (at the time untitled) on Allentown, PA. 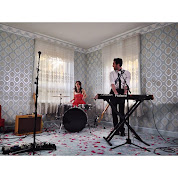 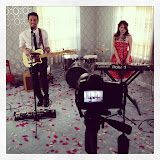 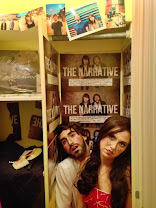 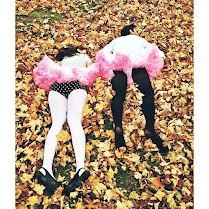 June 03, 2014 - The Narrative announced the releasing date of their first single off the album "Chasing a Feeling" with the premiere of the music video on july, 28, 2014. It was directed by the photographers Sean O'Kane with help of Hilary J. Corts.

January 12, 2016 - Released the promotional single "Moving Out" (Premiere on No Country For New Nashville)

California Sun" is smooth rays of golden sunshine shining effortlessly on your face. Unnoticeable yet warm.

November 9, 2016 - Promoting the album release, they published the song "Oklahoma Air" premiering at Impose Magazine (premiere) followed by the song "Reason To Leave" at Glide Magazine, that said

The song is about the hypocrisies and double standards of US immigration policies. Set to a lush orchestral instrumental backdrop, the song waxes and wanes through moments of both calm resolution and subtle chaos.

December, 2, 2016 - Finally, The Narrative released the 12 track album "Golden Silence". The title is featured in "California Sun" at the lyrics read "It feels good with the sun in your eyes, good vibes and the golden silence".

The album can be purchased digitally at Bandcamp, iTunes and Amazon.

You can stream the album below from bandcamp. Let's celebrate the 4th anniversary of this amazing album!